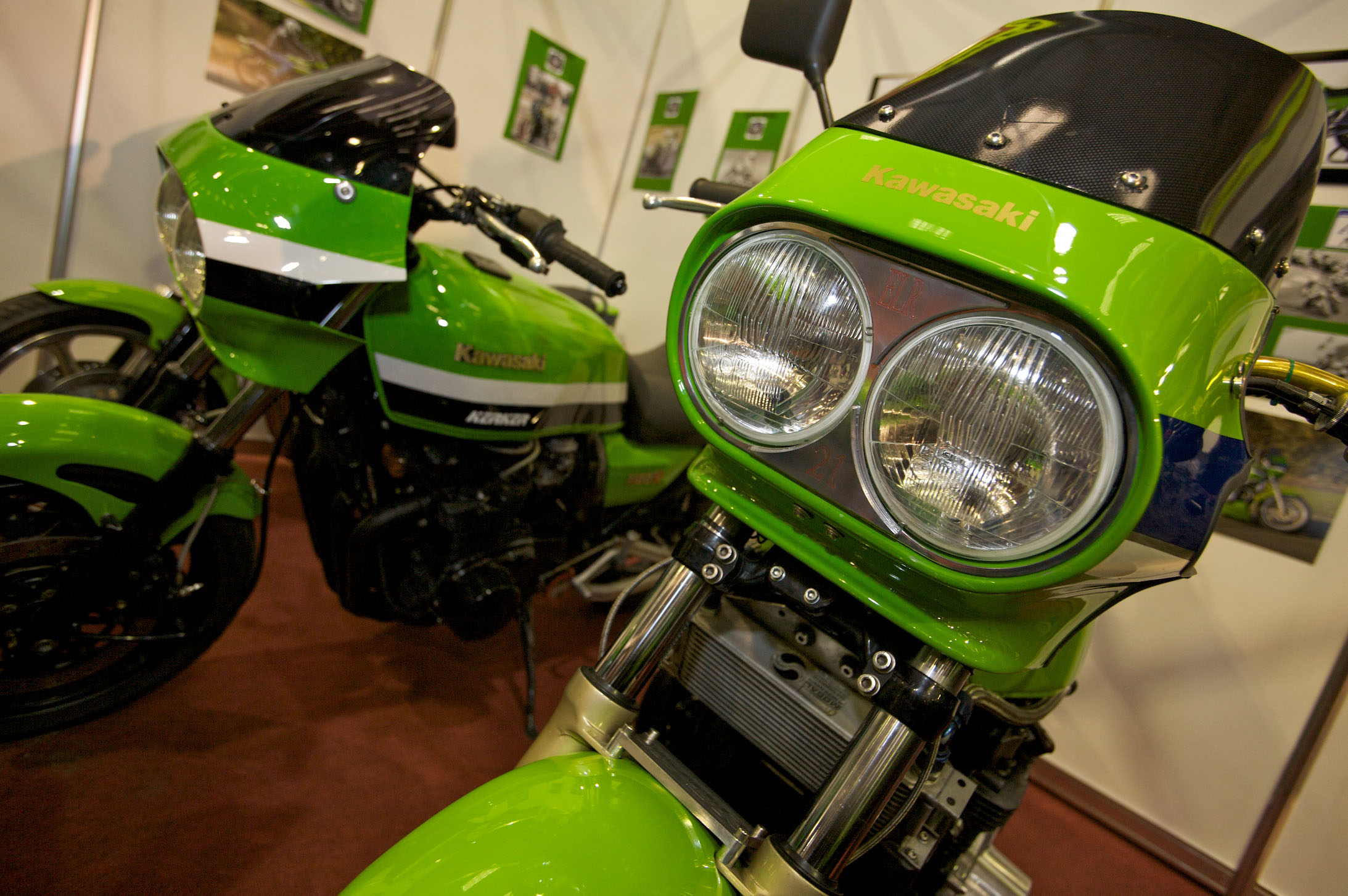 Here's some pix of The Eddie Lawson stand from the Scottish show,

not a bad turn out eh?

As you can see there is our Z1OC stand in the background.

Got lots of misty eyed beer bellied old timers hanging around drooling over the bikes,

it's nice to think we made a few people's day by showing the bikes. 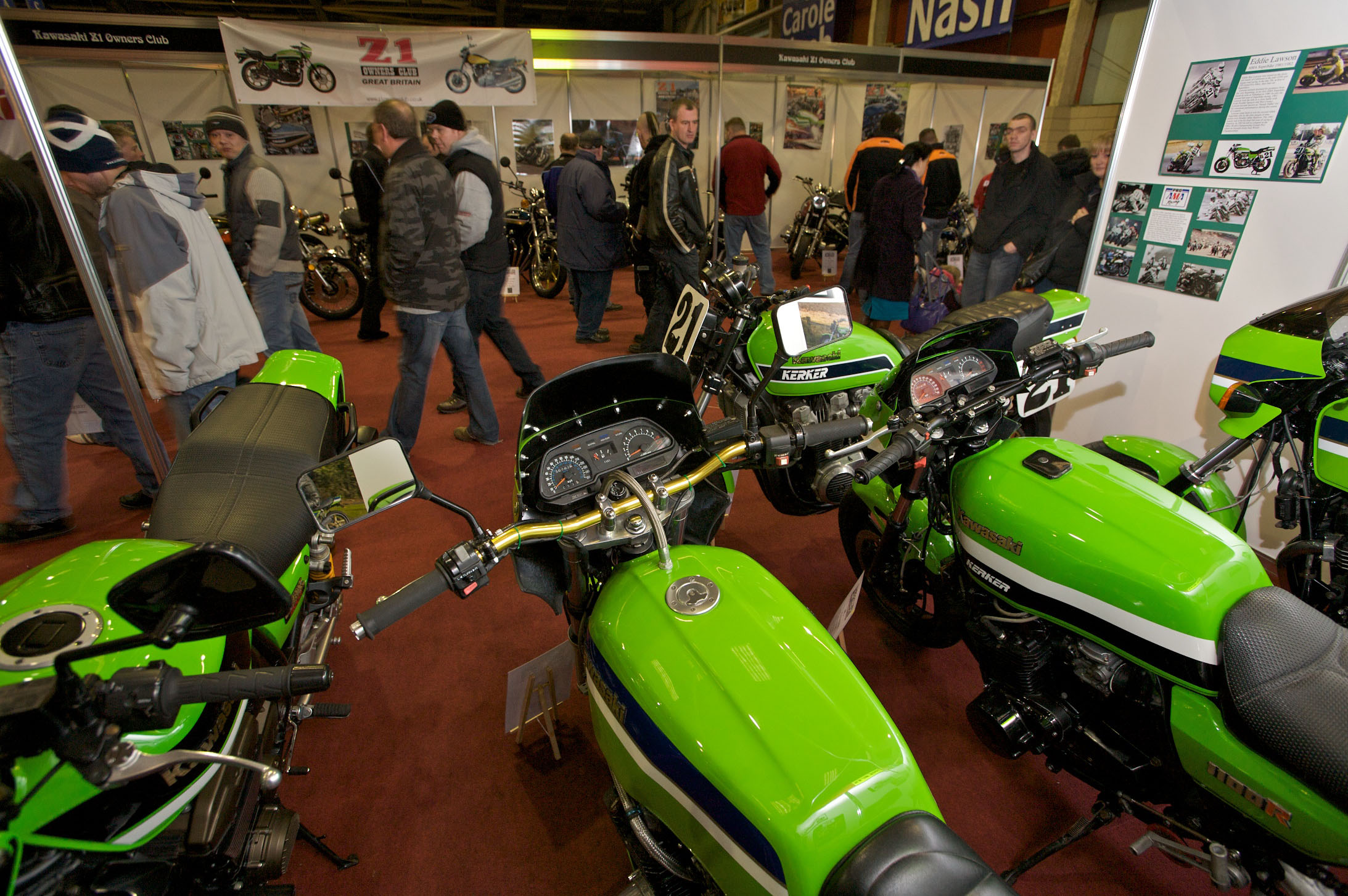 the Z1000R in the corner belongs to Yoyo, a mate of Fer's, don't know his proper name, 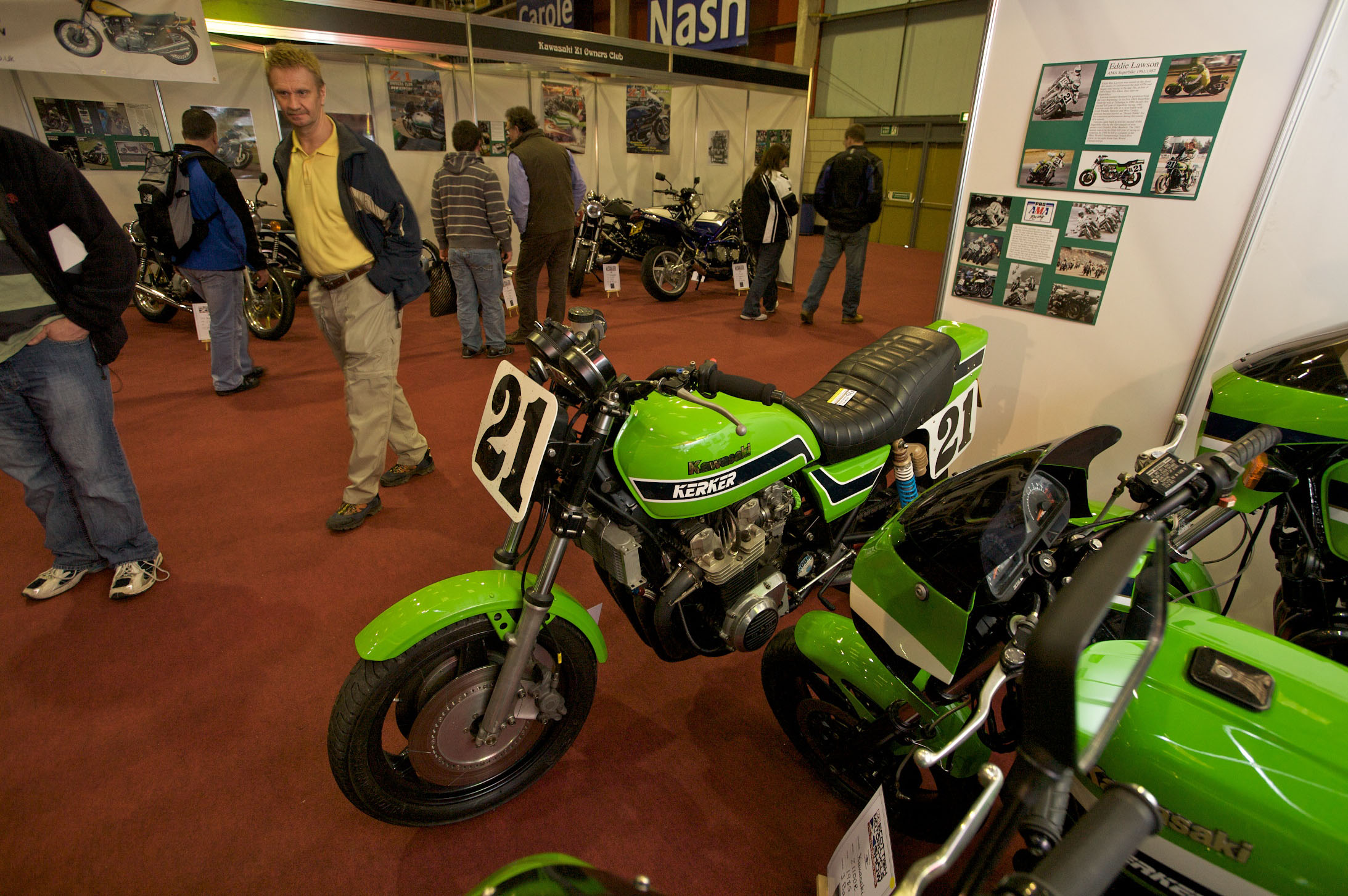 The ELR with the twin headlamp and ZRX1200 swinging arm belongs top Bauldie.

It was a good show and the Eddie Lawson stand got a lot of attention as did the Z1OC stand. 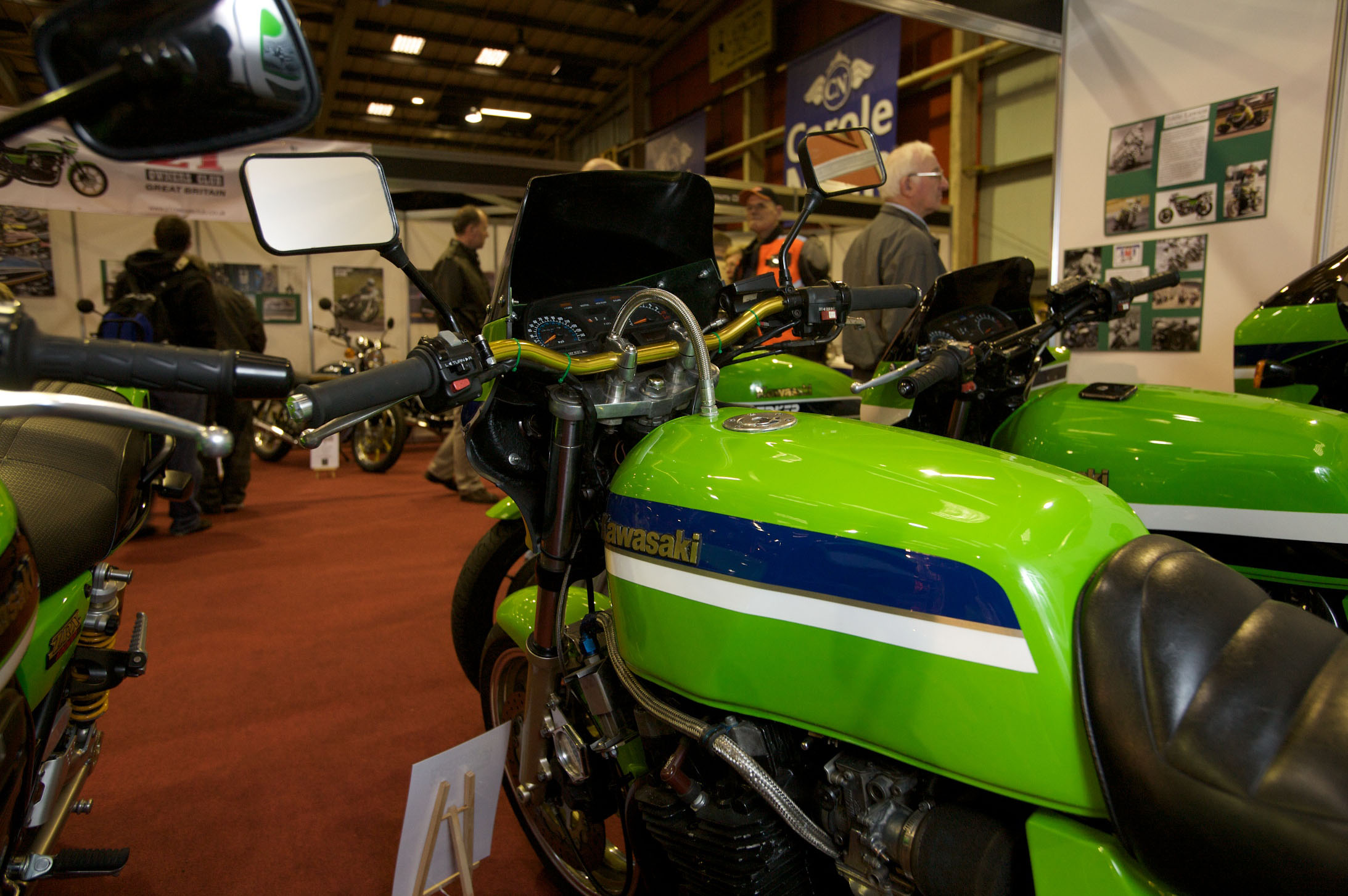 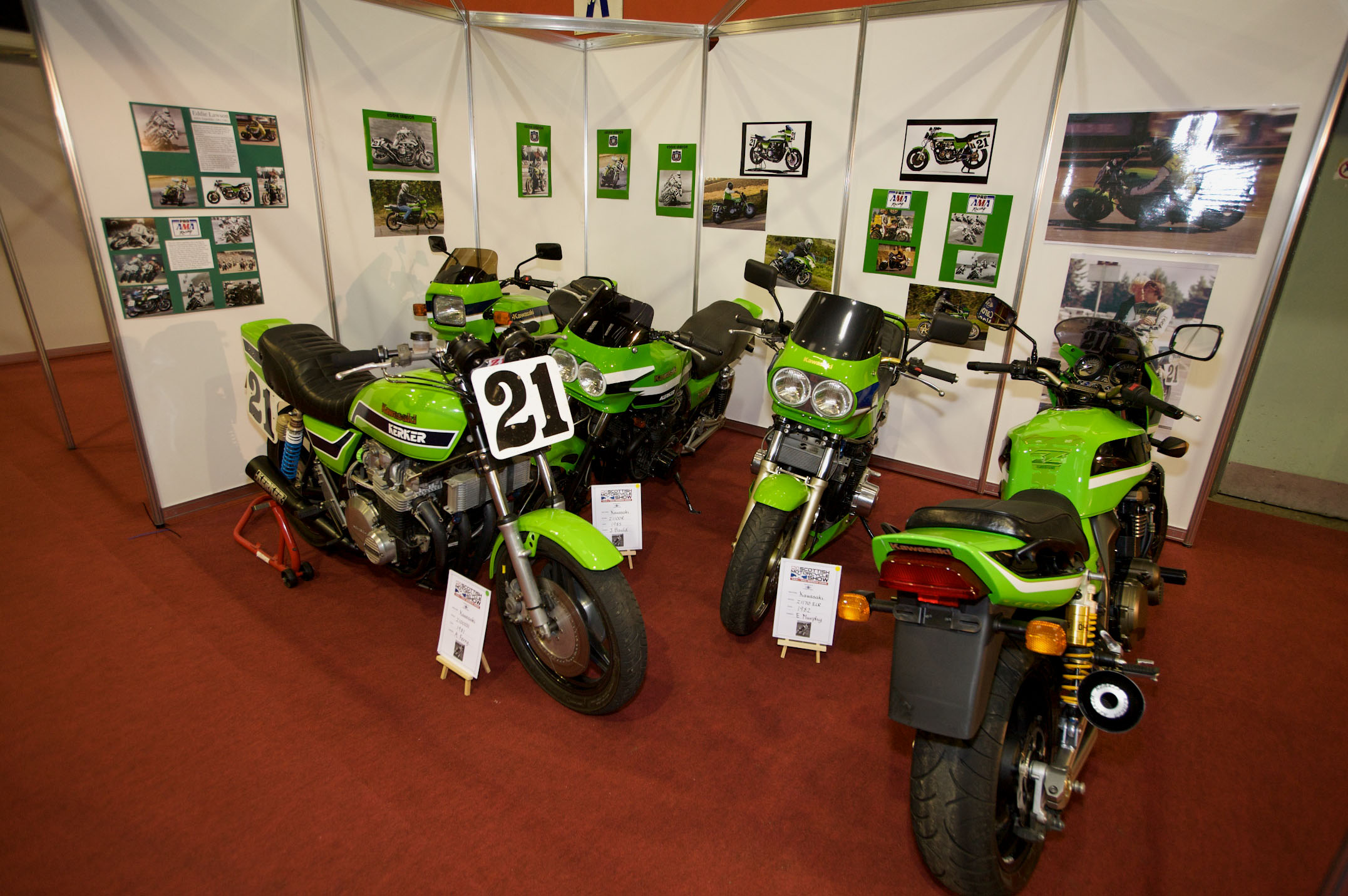 only a small selection of non standard bikes. 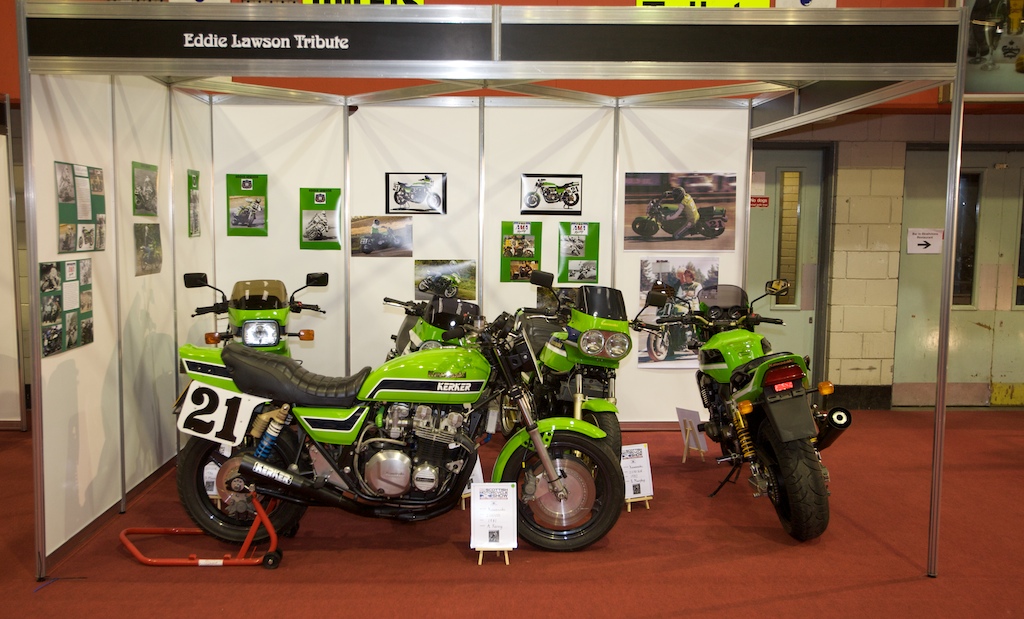 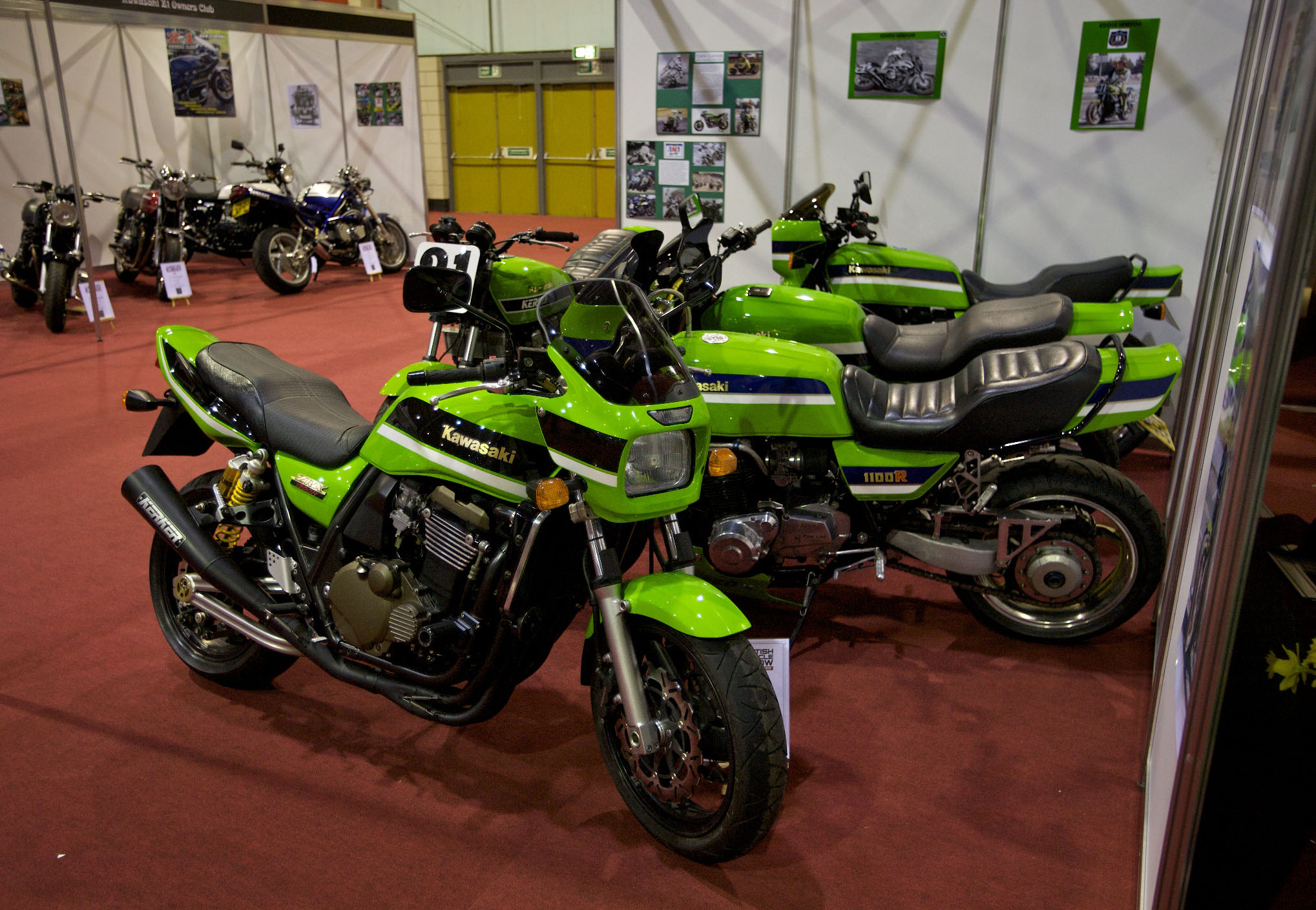 In the mid to late 70's I can't remember seeing any standard Zed's, the first thing most

people did was get lower bars,

stick a 4-1 on it and some decent shocks. 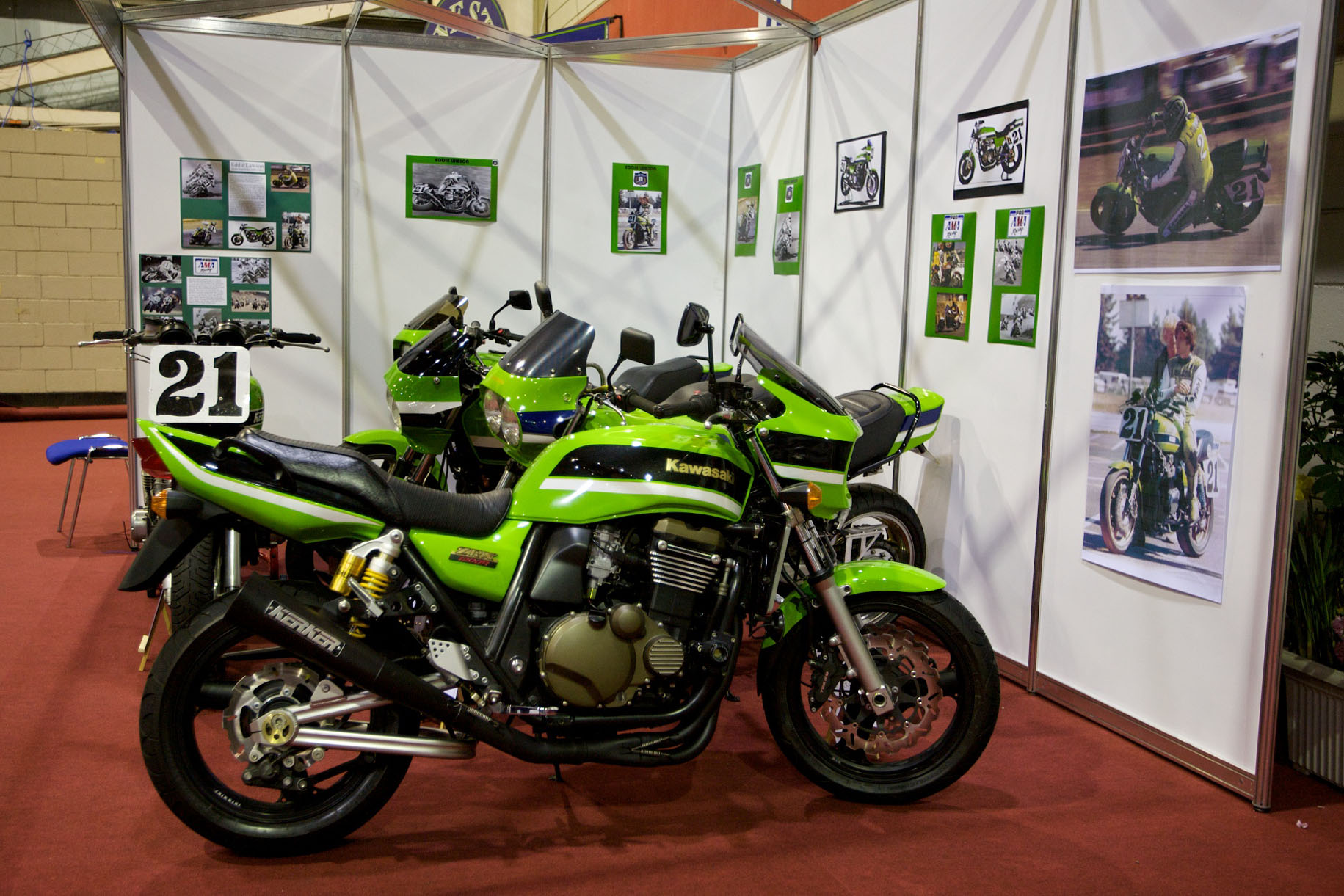